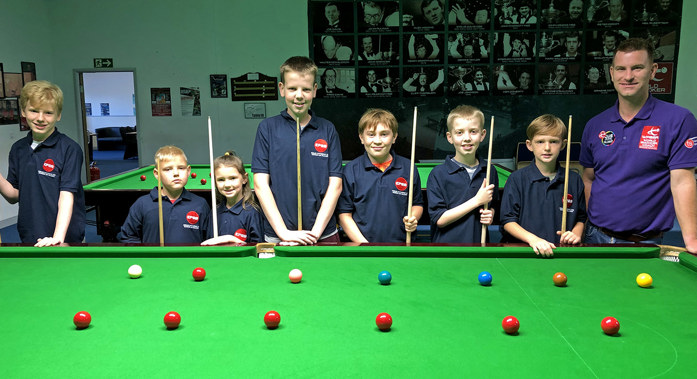 Launched earlier this year we partnered up with the English Partnership for Snooker and Billiards (EPSB), The World Professional Billiards and Snooker Association (WPBSA) and Sport England to deliver a summer schools initiative as part of an idea to introduce more young people in snooker.

The World Professional Billiards and Snooker Association (WPBSA) has hailed the success of the new summer scheme which has seen 111 new players introduced to snooker and billiards. Over the summer 48 sessions were put on across the country. Participants included a wide mix of different ages with the average age of attendee being 11 with both girls and boys attending. Furthermore the scheme has also seen the development of young leaders aged 14-16 who assisted accredited coaches and those taking part.

Bob Hill, Club and Facilities Manager for the WPBSA said: “The launch of the EPSB junior holiday clubs has been incredible. The clubs, coaches and local school networks have really bought in to the initiative. It has been superb to follow the groups as they’ve grown over the summer and see new junior snooker communities established.”

“The creation of the EPSB as a well-structured national federation in England is setting the standards for future growth in this country. We have been overwhelmed by the number of clubs that are engaging with us as part of our affiliation scheme and to see new clubs opening for the first time in many years. I would like to thank the commitment of the hundreds of coaches throughout this country who have contributed to the ongoing development of our sport.

For more information about snooker and billiards in England visit https://www.epsb.co.uk/ .