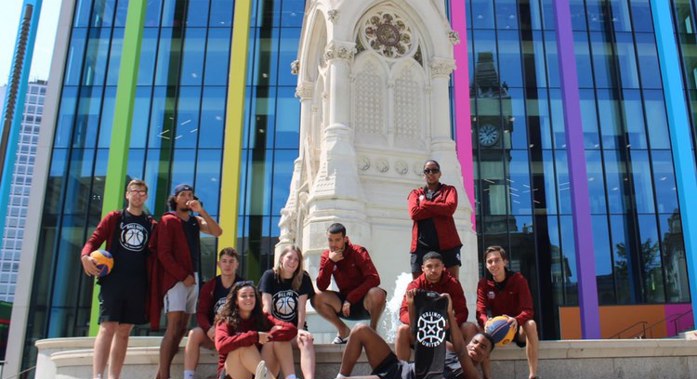 3x3 Unites is a project from the Netherlands which is now being introduced to Birmingham UK by nine young leaders. Through Erasmus+ funding, 3x3 Unites and Basketball England aims to develop 10 community leaders taking the responsibilities of bringing 3v3 to open basketball courts.

So far, they have attended open courts in and around Birmingham City Centre: Summerville Park, Ryland Street Park and Chamberlain Park. Promoting inclusions and participation, they emphasized removing as many barriers as they could, in attending these FREE-TO-PLAY open play courts and offering 3v3 sessions.

After speaking to one of the members of the group, Danilo from Amersfoort mentioned that the group are “focused on leaving a legacy and developing other young leaders like themselves”.

Sport Structures are supporting 3x3’s journey by connecting them with local sports development partners as they look to activate local courts within Birmingham City Centre through 3x3 Basketball. We have also given them the opportunity to attain Safeguarding and First Aid qualifications to ensure that the courts are a safe and positive environment for 3x3 to be delivered.