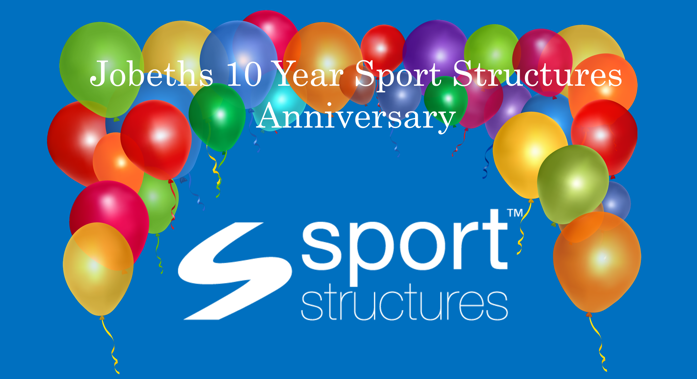 The 1st September 2019 marked our Sports Project Officer Jobeth Hamilton's ten year anniversary at the company. Over her ten year period at the company, Jobeth has worked on a wide range of pieces of work including work with Sport England and British American Football Association.

However when we spoke to Jo and asked her what she was most proud about since working at Sport Structures she said that "I have worked on so many projects but i am very proud of Inspiration 2012 and Sportivate. They are landmark projects and both are projects where i have learned and developed so much."

With Jo being at the company for a decade, we thought it was only right to find out what her fondest memory has been over the past ten years. For Jo, it was a very clear answer, winning tenders! Just like with her hockey career, Jo is competitive nature which is a great quality. When asked about her fondest memory Jo said "I have some great memories at Sport Structures but nothing beats the feeling of going to a tender interview and winning a piece of work. Two that spring to mind are a piece of governance work we won from the Welsh Cycling Union and Triathlon England. Securing new work and working with partners is a great feeling."

Jo has been an extremely valuable and irreplaceable member of the team here at Sport Structures, we hope the next century will be even better!